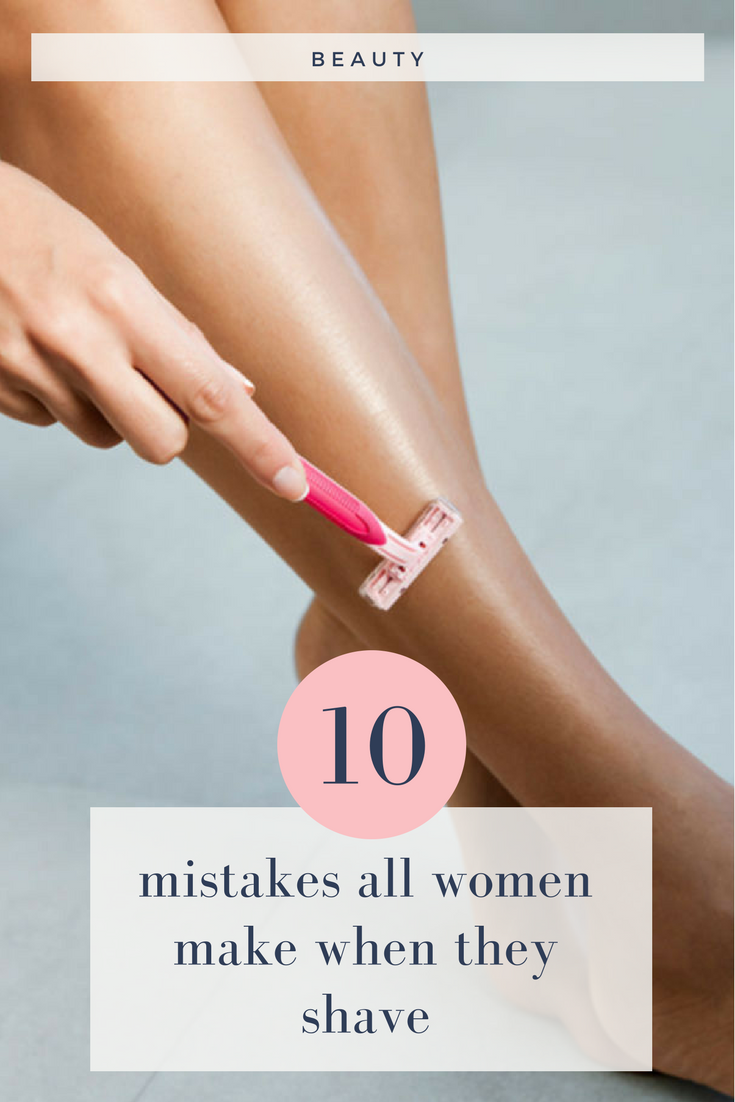 It is very likely that you’ve been shaving your legs for years now – or even for decades. But this doesn’t mean that you do it correctly. Sure enough, most women shave their legs incorrectly. If you tolerate injuries and other, less than ideal results on your legs, here are some mistakes you will want to correct the next time you grab your razor.

1. You shave your legs right when you get in the shower

Naturally, you want to start your morning routine as quickly as you can but experts advise you shave your legs after you’ve been in the shower for about 15 minutes. This will soften the hairs and open the follicles. If you wait longer, however, your skin will crease and swell, making a close shaving much harder to do.

2. You shave in the morning

Shaving at night will leave your legs much softer. While you sleep, your legs swell a bit, which can make the hairs retreat into the follicles.

3. You use disposable razors with only one blade

It’s good, from time to time, for example, if you’re staying at a hotel, to use disposable razors but for a daily use, it is better to invest in a razor with 4-5 blades. They give better results, allowing you to shave in difficult areas like the knees and ankles.

You may have bought a pretty razor but it won’t be useful if you don’t change your blade as soon as the first signs of dullness appear (usually after 5-10 times). The old blades are not only ineffective but they are more susceptible to provoke bumps, redness and trap bacteria that can potentially cause infections.

5. You shave in the opposite direction of hair growth

6. You don’t prevent or heal wounds caused by your razor

A very close shave can cause ingrown hairs and an untreated razor cut can transform itself into a long-term scar. To help prevent these annoying red bumps, use a body exfoliator twice a week to remove the skin that confines the hairs. To remove the bumps once and for all, put a hot compress on the zone – the heat will loosen the hairs. After your shower, apply a lotion to soften the hairs, leaving your skin less prone to infections.

7. You shave with your boyfriend’s razor

A lot of women think that using men’s razors is more effective than ones for women. Know though that this is not true. So use your own razor to shave.

8. You press too hard on your razor

If you think pressing harder on your razor will allow you to have a more precise shave that will remove lots of hairs, you are wrong! According to Melissa Kanchanapoomi Levin, a New York dermatologist and teacher at the Sinaï Icahn medical school: “A strong pressure on your razor can cause skin lesions after shaving.” She adds “a delicate touch is quite sufficient, especially since the newer blades are more flexible and adapt more and more to the shape of the body.

9. You leave your razor in the shower

You should avoid leaving your razor on the edge of your bath or in your shower. Indeed, humidity can damage the blades. Keep it far away from stagnant water and humidity by leaving it in the medicine cabinet.

10. You shave without any soap bubbles or worse, with a soap bar

It doesn’t matter if you are in a hurry, avoid dry shaving at all costs. Make sure to put a hydrating shaving mousse on your legs so your razor glides easily on your skin. You will avoid nicks and cuts.